all about yours truly

No idea what to put in the sidebar right now. Ehh, I'll think of something.

Howdy, you can call me Mika or Ripley! I'm a nonbinary lesbian living in the PNW (unceded Cowlitz, Grand Ronde, Clackamas, Siletz land), though I grew up in New England (unceded Wabanaki, Abenaki, Arosaguntacook).

I'm really into comics (both making and reading them), magic (with a specific focus on Gnostic mythos and alchemy), death positivity, and horror!

I'm currently "working" on a webcomic called Archetypes, about an assortment of young people from a wide variety of genres ending up trapped together in a mad scientist's lab. I've been on hiatus for a while, but please check out what I do have back at the main site.

Did You Know? I Have Interests!

As I said previously, I'm into magic and horror and death positivity. This lends itself to a bit of a macabre taste in things, but I just think that adds more spice to life. I also love nature; stick me outside in the woods and I can spend hours chilling out and looking at the plants. Just don't ask me to hike too far. Yeesh.

When I say I like horror, I mean obscure-ish horror as well as the mainstream stuff. There's an absolute goldmine of point-and-click horror games on Flashpoint; I particularly recommend the Cube Escape series, the Last Door series, and pretty much anything by Scriptwelder. I also like The Magnus Archives; Oliver Banks is my fave (no surprise there, lol).

Some of my miscellaneous favorite stuff:

If there's anything else you wanna know about me, my Gender Envy Moodboard should have you covered: 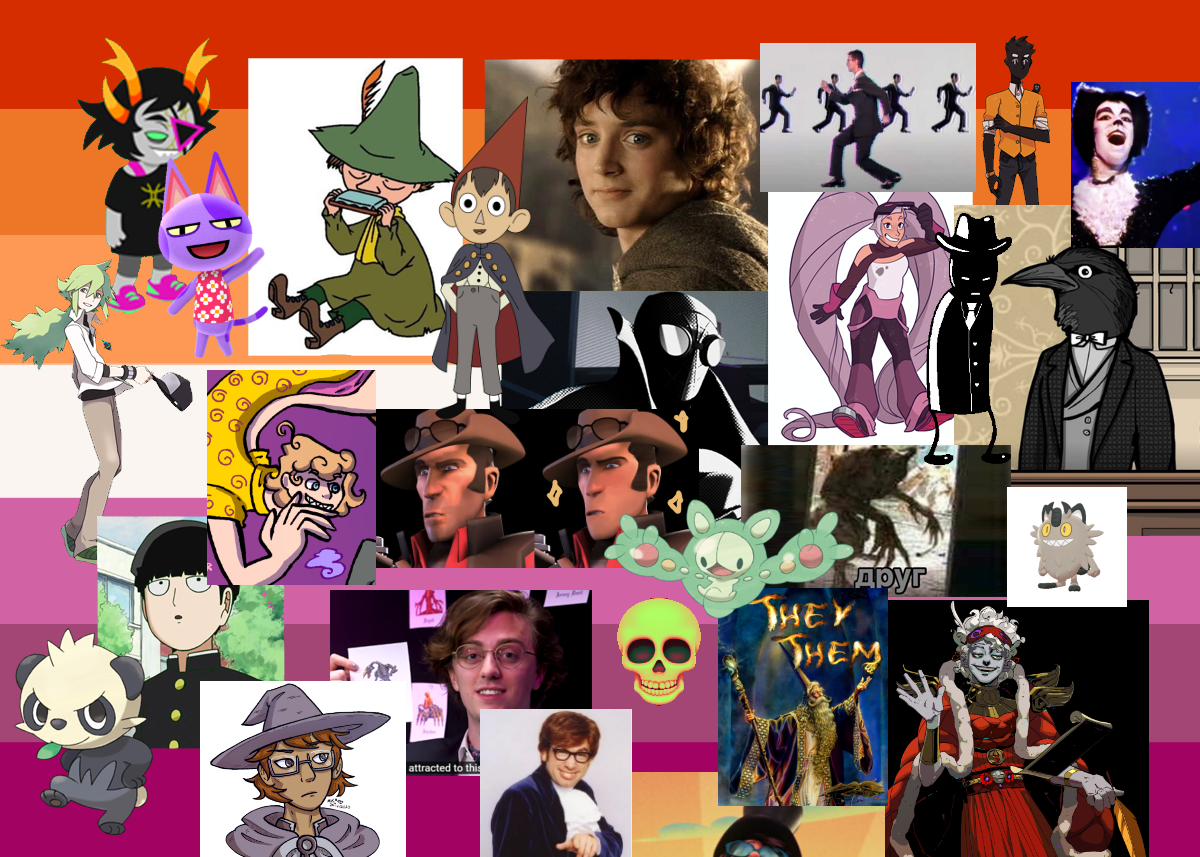